The “DG Loves China” campaign was described as “offensive” and pandering to “false stereotypes”, which led to the cancellation of the brand’s upcoming fashion show in Shanghai and calls for a boycott. 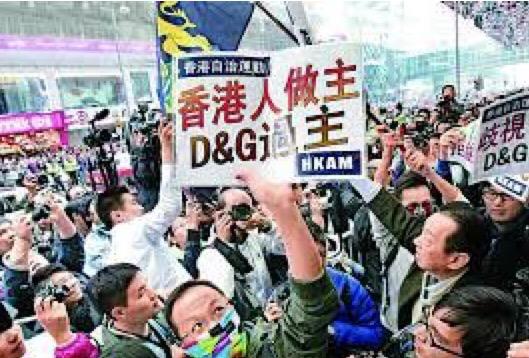 The Italian brand was forced to postpone a major catwalk show in Shanghai scheduled for 21 November following public backlash triggered by leaked comments from designer Stefano Gabbana, who described China as a ‘country of sh*t’ and ‘ignorant dirty smelling mafia’.

The founders of Italian fashion label Dolce & Gabbana have apologised to fans in a video posted on Twitter after adverts released by the brand featuring an Asian model eating Italian food with chopsticks were labelled “racist” by critics.

Domenico Dolce and Stefano Gabbana have followed up an apologetic statement, which was published on Instagram on Thursday, with a short clip, in which the design duo have reiterated their remorse. 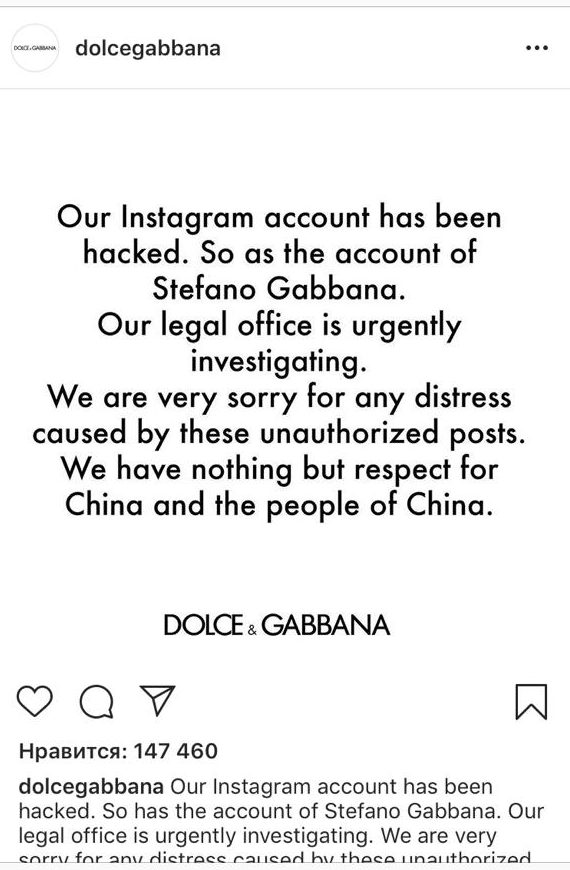 “Our families have always taught us to respect the various cultures of the world, and for this, we want to apologise if we have made mistakes in interpreting your culture,” said Dolce, speaking in Italian.

“We have always loved China; we have visited many cities … and certainly we still have much to learn.”

In the subtitled video, Gabbana adds: “We offer our sincerest apologies to Chinese people worldwide.”

The designers explained that they have taken the backlash “very seriously” and reassured fans that nothing like this would ever happen again.

But the designer denied ever writing such comments, claiming that his account had “been hacked”, adding that his legal team was looking into resolving the issue. 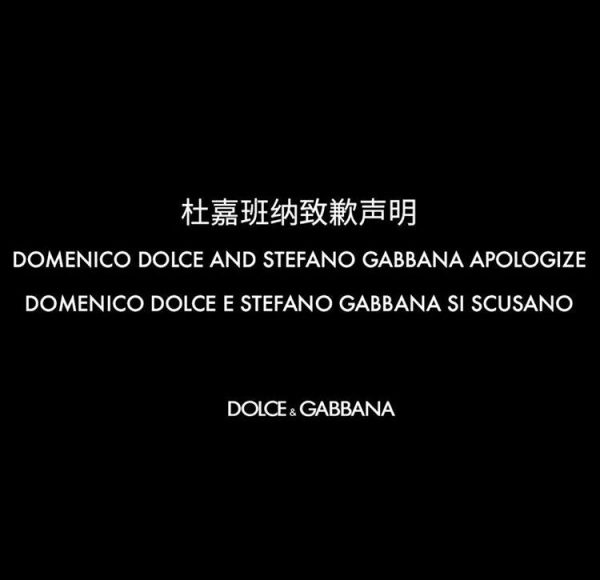 Chinese retailers have reportedly responded to the controversies by removing D&G products from their websites.

The apology has garnered a mixed response on Twitter, with some fans expressing gratitude for their comments while others clearly remain unconvinced, citing past examples when the designers have made offensive remarks.

“I think 1.4 billion people will never buy anything from you again. Go to a different market- you’ve lost this one @dolcegabbana”.

“I will never buy D&G again,” wrote one person. “Too much choice out there. Why wear a brand that is racist, rude and attacks young women online by demeaning their looks. Remember Stefano saying Selena Gomez was ‘ugly’ – D&G can go bust for all I care. Only ugly I see is coming from their mouths.”

Another added, “It’s too late, you’ve literally put yourself in a position where you’ve lost ‘face’ and this the the worst thing you could do.

A variety of celebrities have vowed to boycott Dolce & Gabbana following the racism controversy caused by the designer’s latest campaign.